We were so lucky to get to team up with  local production company Darn Skippy to make a short film in a stunning Kildare location.

The purpose of the film is to raise awareness of biodiversity loss and is also  part of our campaign to get the Government to adopt the Proposed Peatlands Park for the midlands.

The sun was shining and we were ready for "Lights, Camera, Action”  and a full day of filming.

Scroll down to read what more of our club members had to say about their personal experiences. 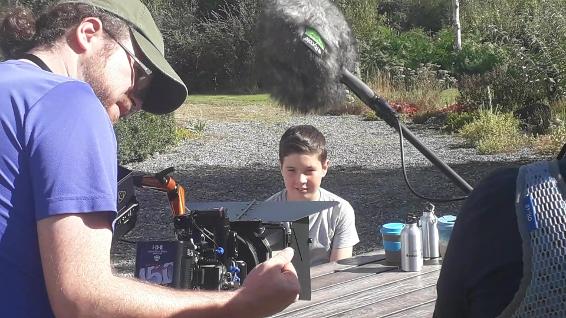 Euan:" I felt like the whole world was relying on me. I felt very important because we were helping the planet."

Sophia: I got to use a clapboard for the first time which was really cool! You open it up then say “slate m1” for example and then “take one” and clap the top opened part down.

Freddy: We interacted with nature a lot, we walked in bogs, woodlands and beside ponds. It took a long time to make a 4 minute video. Standing in front of the camera was easier than speaking in front of people. It was enjoyable and it  felt like we  were becoming famous and doing the right thing.

Ben:  It felt really important and serious .I felt like I was making a big difference. It was fantastic.

Ruby: It was fun and a good experience. The drone was cool.We got to spend lots of time in nature filming.

James: Filming was cool and fun, I was a bit nervous. 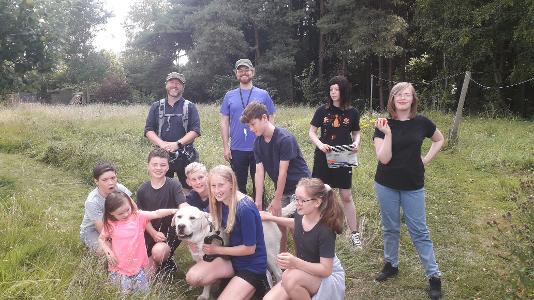 We have thoroughly enjoyed making the "National Peatlands Park" short film and hope you have enjoyed watching it.

The proposed park would be a huge win for Biodiversity, for Ireland reaching it's climate targets and for our futures.

If you're  under 16 you can print the petition here, colour it (optional) collect signatures and send it to us or to your local councillors/ TDs.

Visit the The National Peatlands Park website for more information about the proposed park.

Kildare County Council for their support and funding for this project.
Darn Skippy productions.
The No Planet B club members
The No Planet B club parents, committee members & volunteers.
Maria, Dara and Mother nature for the spectacular backdrop.
Kildare Peatlands Park group

© Copyright No Planet B Club